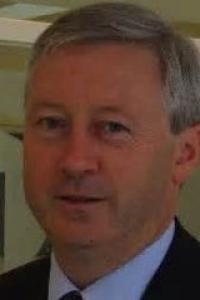 Martin Curley is a vice president at Intel Corporation and director of Intel Labs Europe, the company's network of more than 40 research labs, development centers and open innovation collaborations spanning the European region. He also serves as a senior principal engineer at Intel Labs Europe, which is charged with helping to advance both Intel research and Europe's ability to compete in the global society. Curley leads Intel's research and innovation engagement with the European Commission and the broader European Union research ecosystem. He is also a co-director of the Innovation Value Institute, an industry-academic open innovation consortium that strives to promote structural change in the way companies and governments achieve value through information technology.Before assuming his current position in 2009, Curley was global director of IT innovation at Intel. Earlier in his Intel career, he held a number of senior IT management and automation positions for Intel in the United States and Europe. Before joining Intel in 1992, he held management and research positions at General Electric in Ireland and at Philips Electronics in the Netherlands.Curley is the author or co-author of three books on technology management for value, innovation and entrepreneurship and has published multiple papers in the area of IT, entrepreneurship and innovation management. He is a Member of the Royal Irish Academy, fellow of the Institution of Engineers of Ireland, the British Computer Society, the Irish Computer Society and the Irish Academy of Engineering. He currently chairs the European Union Open Innovation Strategy and Policy group, an industry-led group advising on strategic priorities for open and service innovation.Curley has a Bachelor's Degree in Electronic Engineering and a Master's Degree in Business Studies, both from University College Dublin, Ireland. He earned his Ph.D. in Information Systems from the National University of Ireland, Maynooth.